6a’s buildings are a pair of non-identical twins, with all the similarities and contrasts of two siblings. The pair was inspired by American artist Richard Artschwager’s Formica sculptures. Each is sloped on one side, creating deep warehouse-like halls on the lower levels, which lead to tall, narrow studio spaces higher up. Huge diamond windows create a harlequin pattern on the building’s facade. Here you can find studios, the pop-up space and a recording and broadcast studio.

6a architects was founded by Tom Emerson and Stephanie Macdonald in 2001. The London-based practice recently completed the new MK Gallery in Milton Keynes and a studio complex for artist Juergen Teller, which was nominated for the 2017 Stirling Prize and received the RIBA London Building of the Year 2017 Award. The practice has been nominated five times for the Mies Van der Rohe Award for European Architecture. 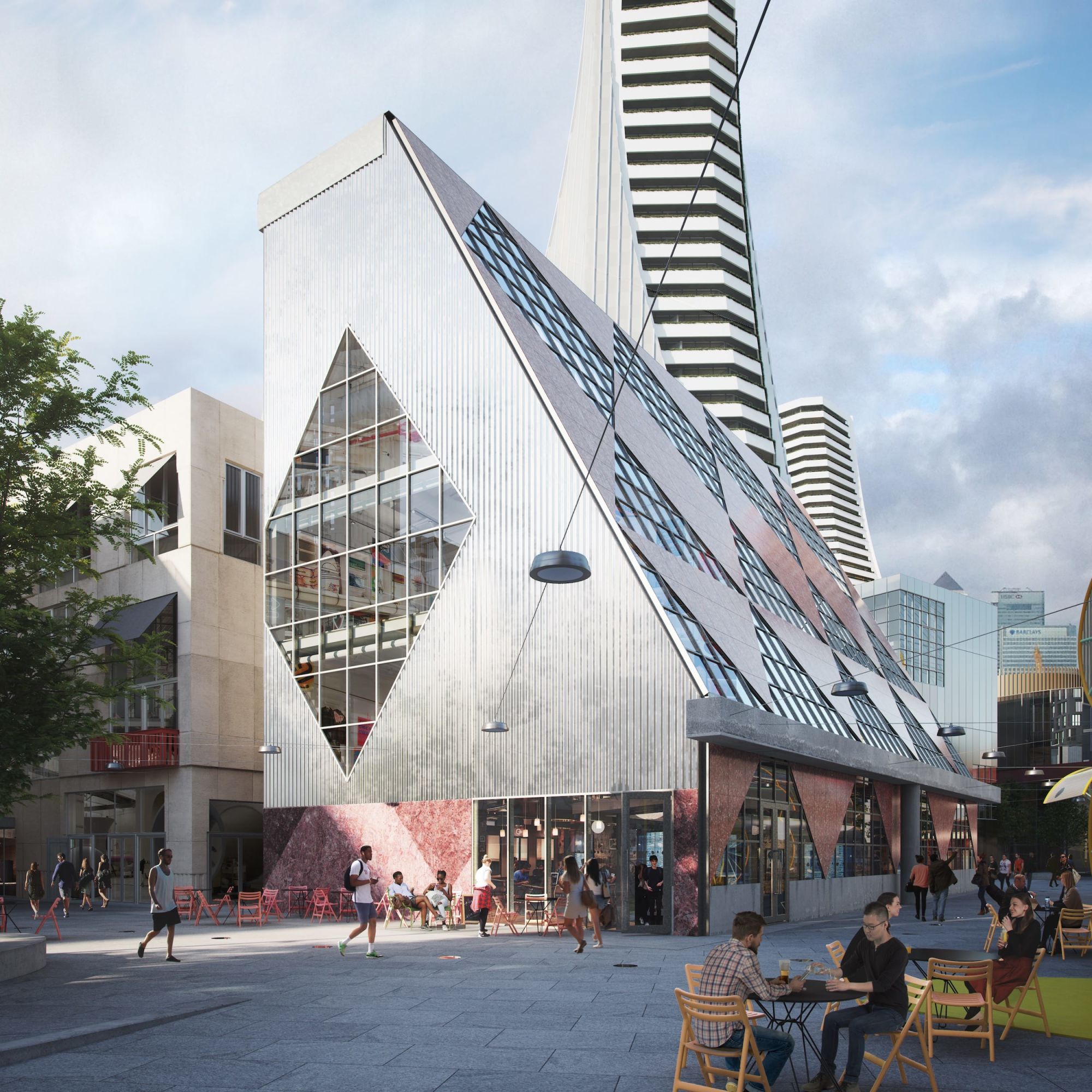 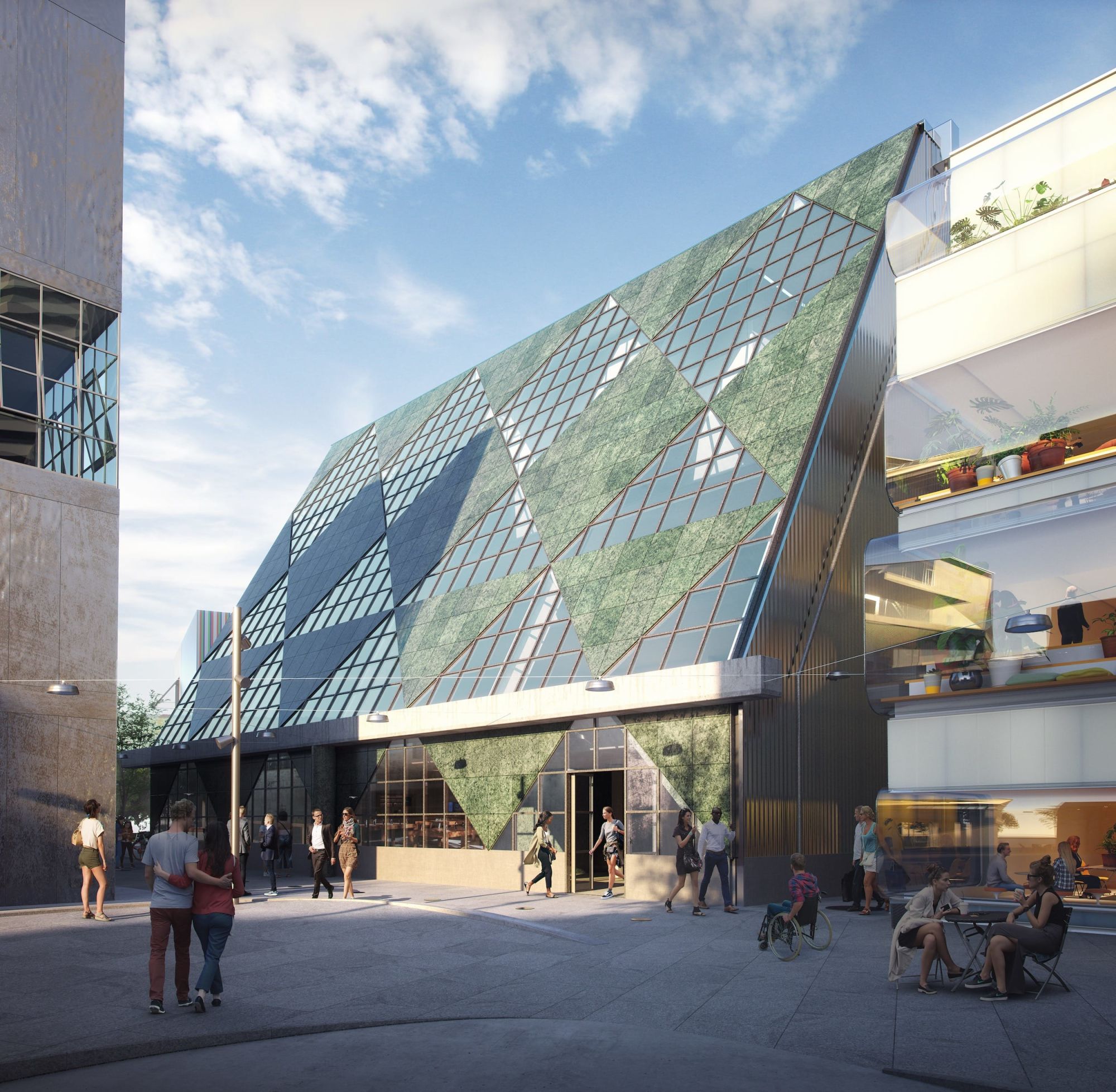 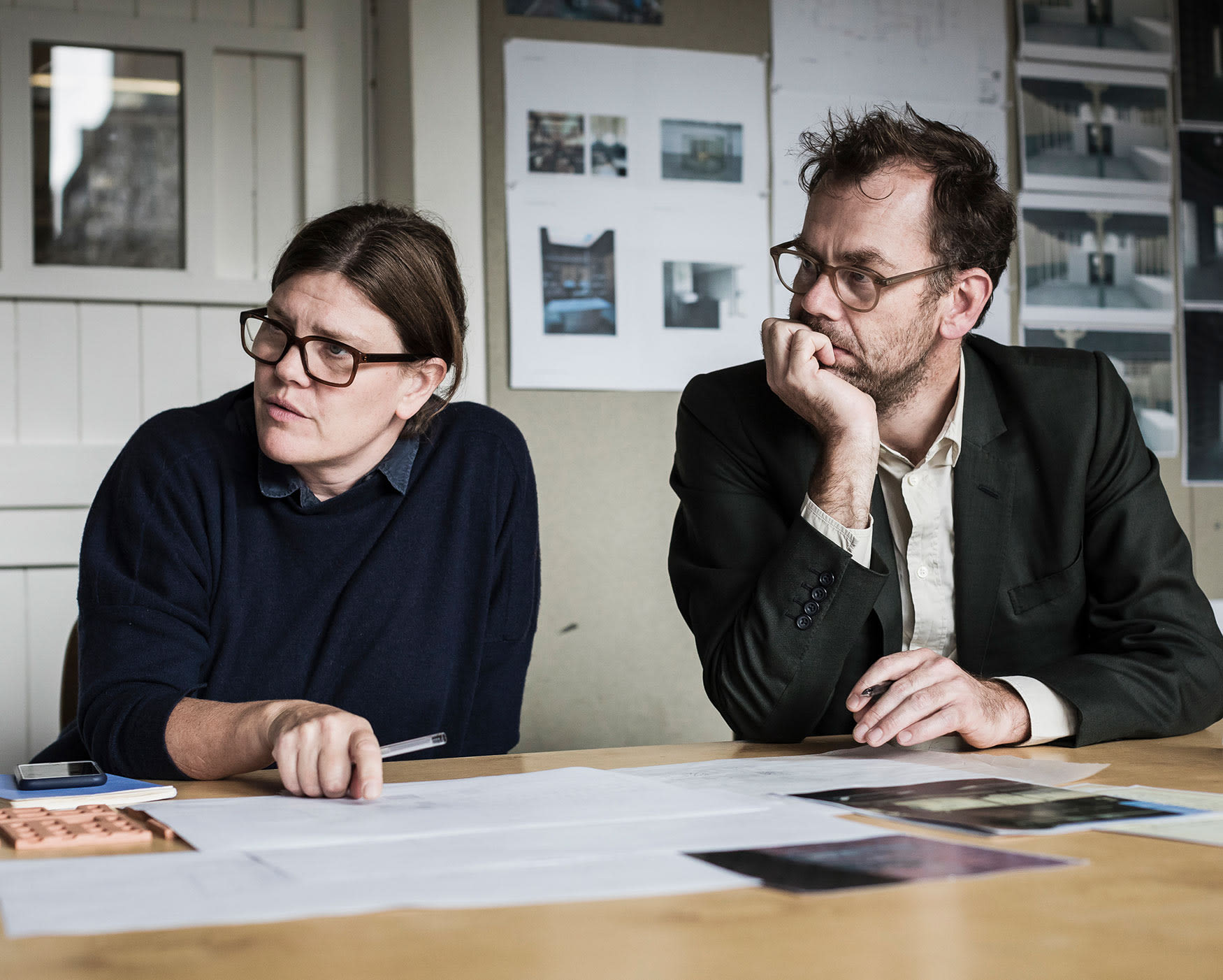